She is brave, she is brilliant, she is radiant, and she is resilient. She is a mother, a daughter, a sister, a wife, a friend; she is a Warrior. She is a Woman Warrior, whose heart is strong and true, having served her country selflessly, for me and for you.

Throughout March, I had the wonderful privilege of virtually meeting and interviewing four remarkable Women Warriors: Roberta (Ro) Haight (U.S. Navy), Erica Doemland (U.S. Air Force), Cathy Christian (U.S. Air Force), and Lee Kuxhaus (U.S. Air Force). I couldn’t think of a better way to commemorate Women’s History Month than sharing and amplifying the voices of women veterans, voices not always heard. The No Barriers Warriors at Home program, and perhaps fate, led to what will be an everlasting friendship for these women, as well as an incredibly inspiring story of female empowerment and resilience.

When the COVID-19 pandemic moved programming to a virtual format, the No Barriers team worked diligently to create an online experience for veterans that would have a lasting impact without an in-person element. Connecting an immensely diverse population such as veterans, especially during a time filled with great uncertainty and isolation, was not easy; however, the results were incredibly successful. Warriors At Home allowed No Barriers to connect more veterans with each other than ever before, from every part of the country. This created the unique opportunity for Ro, Erica, Cathy, and Lee to serve as each other’s Rope Team, from hundreds, to even a thousand miles apart.

For six weeks the Warrior squad that the women were placed in met via Zoom once a week to discuss each of the No Barriers Life Elements, while also sharing their personal experiences and how the elements could be applied to their daily lives.  In the beginning, a few other veterans participated in the meetings, but after the first couple weeks, three of the women found themselves as the only squad members logging on. When Ro, Erica, and Cathy noticed that Lee had no longer been joining the weekly meetings, the Rope Team sprang into action and reached out. Lee explains, “It really happened at the right exact time it needed to. I realized that they are there to support me. I had to admit that I had been struggling and was afraid to call them. It was their welcoming and supportive atmosphere that let me back in”. Recognizing and accepting the fact that having to ask for help is not a bad thing is a value that each of the women strongly emphasize for themselves and each other.

After the six-week program ended in November 2020, the women have continued to meet monthly to check in with each other, continuing to build the strength of their Rope Team. Lee, who has been up in Lake Placid participating in Para-Skeleton after taking time off due to injury, describes her experience with No Barriers and meeting the exceptional group of women as nothing other than fate. The Rope Team helped her gain confidence and she is now back to doing something that brings her a sense of adventure and passion. Cathy believes that the women will serve as each other’s Rope Team as long as she can foresee. “We started by sharing our experiences as complete strangers, and then we looked forward to each meeting and helped hold each other accountable,” she says. Erica expressed that they were all able to speak their feelings without judgment. Ro emphasized the importance of the No Barriers Life Element Alchemy for the squad. The women provide optimism for each other and have created an inspiring story of resiliency for both themselves and others.

Serving in a profession like the military, one that is historically highly dominated by men, creates additional challenges and barriers for women.  During the late 70s when Ro was serving in the Navy, women were still not even allowed to set foot on any of the ships. Subjects concerning women serving in the military have commonly been labeled as taboo. Cathy explains, “ A lot of people don’t want to talk about being in the military, but a lot of people really don’t want to talk about being a woman in the military.” Women have to overcome the added barriers while serving actively in the military as a woman, but also while living as a woman veteran. Transitioning to civilian life has many obstacles and can be extremely difficult, even after several years. Visible injuries and disabilities, as well as invisible mental health conditions like PTSD, impact the everyday life for women vets as they serve the role of mother, daughter, sister, wife, friend, and countless others. Women carry an invisible weight of responsibility and emotions on their shoulders. “As a female you’re worried about taking care of everyone else before yourself”- Cathy. A woman especially does this while serving in the military, but also while transitioning to civilian life.

The camaraderie that exists in the military creates a unique culture and way of life. However, there are times that there is an extreme lack of support in the military when it comes to topics such as grievance. Erica opened up to me about how “toughen-up buttercup” had been a common response to distressing situations and experiencing emotion, rather than a shoulder to cry on. Although times are changing and more efforts have been made recently, there is still a great need for impactful change centered around the topic of emotional well-being for veterans, both while actively serving and while transitioning back to civilian life, especially for the women who serve. Amplifying veteran voices and their experiences, while providing them support and resources, allows for opportunities for change to expand.

The lasting impact that No Barriers has had these women is extremely inspiring and also represents the connections and experiences that we hope to help create for individuals every day. Ro, Erica, Cathy, and Lee are hopeful that they will be able to get together in the near future for a grand adventure of climbing mountains in Colorado, while also summiting any barriers that they come across both individually and together moving forward. They’re also thrilled to participate in and possibly even be a part of helping create more No Barriers opportunities for veterans. It is extremely important to them to help other veterans feel empowered and find adventure in their everyday lives like they have been able to. Roberta says, “Helping others helps ourselves. I like the idea of veterans giving back to veterans”. The sky is certainly the limit for these four women, and I know that they will continue to reach and climb to even greater heights. Ro, Erica, Cathy, Lee: You are brave, you are brilliant, you are radiant, and you are resilient. 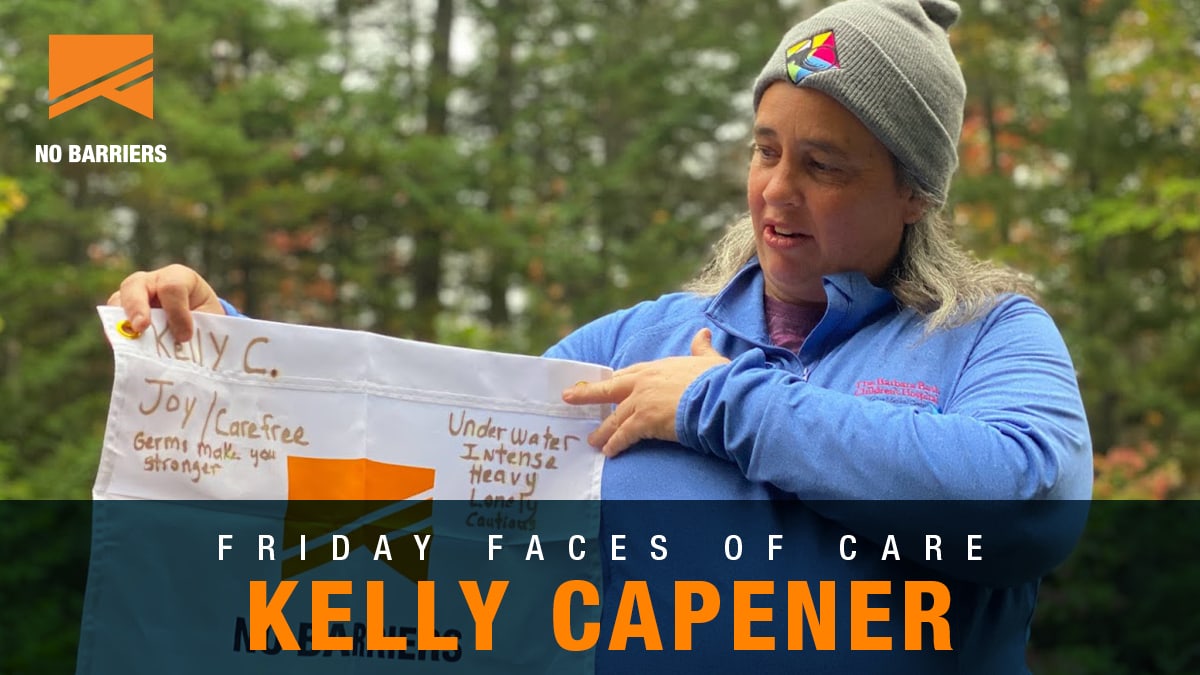 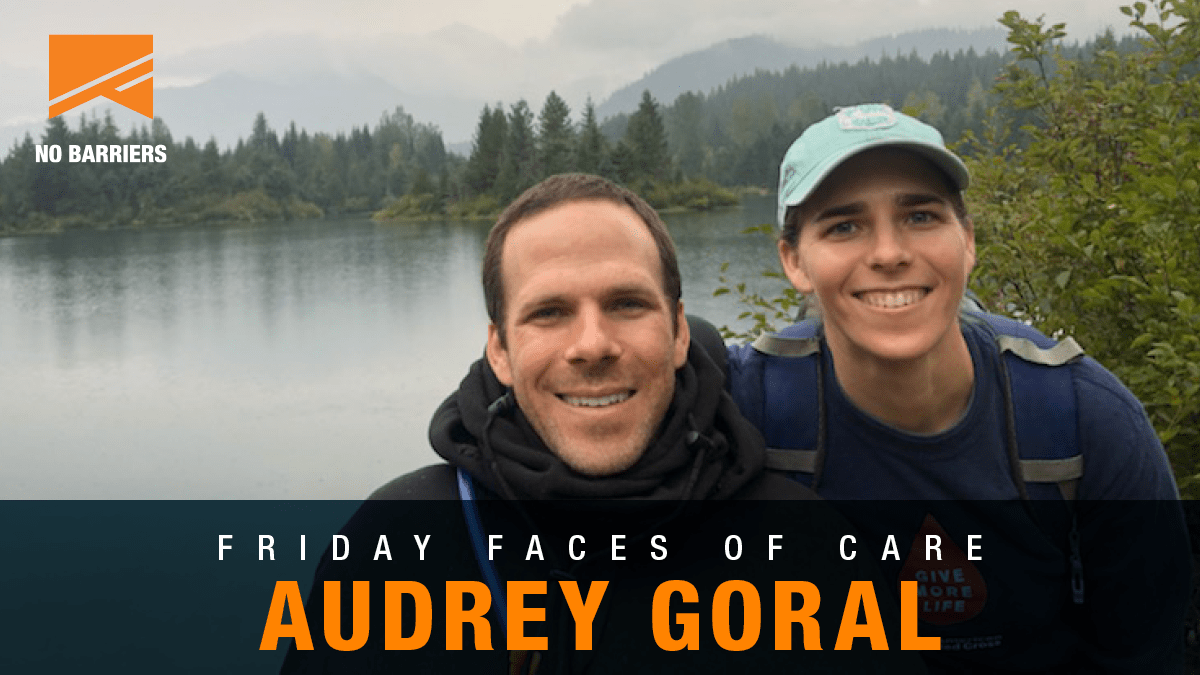